Ms Ma helps those on need during Covid

You are here: Home / Living & Learning / Women / Ms Ma helps those on need during Covid 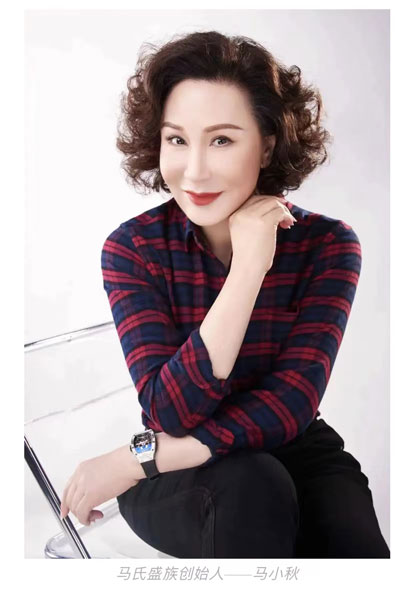 On the evening of March 13, Shenzhen released the latest preventive and control measures: 14 onwards, all enterprises are home office, suspend production and business activities, the city’s bus, subway shutdown, the city’s community, urban villages, industrial parks closed management, the city’s personnel non-essential not to leave Shenzhen, there is a special need to prove with 24 hours of nuclear acid. Overnight, Shenzhen on the hot search, the entire city pressed the pause button, 20 million people guarding the door of a country, Shenzhen, how difficult?

According to the official confirmation of Shenzhen Health Commission, the outbreak in Shenzhen is caused by the mutated strain BA2 of Omicron, which is highly contagious and fast mutating, making it twice as difficult to prevent the epidemic and without reference to domestic experience. There is also the geopolitical factor of Shenzhen and Hong Kong being one, which is one of the most difficult reasons for this outbreak. The Hong Kong epidemic is like a weir hanging high at the country’s gate, and once it breaks, the consequences will be unimaginable. In this way, Shenzhen’s perseverance is not a battle of a city and a local battle. Nevertheless, 20 million Shenzhen people are still united to fight the epidemic! The founder of Shenzhen Ma’s Sheng Clan Industry Holding (Group) Co., Ltd, Ma Xiaoqiu, led the company to take the lead in fighting the epidemic.

At the beginning of 2020, in the face of the sudden epidemic, Ma Xiaoqiu, the founder of Shenzhen outstanding women entrepreneurs, Ma’s first time to lead the group’s management staff non-stop around to raise supplies, raised a large number of masks, protective clothing, alcohol, protective goggles, hygiene supplies and Chinese medicine and other medical supplies shipped to Wuhan, Jiangxi, Chengdu, Shenzhen and other places, donations of more than 3 million yuan. Ma Xiaoqiu once said, “The world needs me, I will do my best to feed”.

In November 2021, Ma’s subsidiary Fuhui International Group (1034.HK) took practical action to practice a corporate responsibility and commitment by donating 10,000 sets of protective clothing, 10,000 N95 masks, 20,000 medical surgical masks, 6,000 boxes of noodles, and 2 tons of medical alcohol to Gangu County …… The epidemic prevention materials of 526,600 yuan built a protection and sent a care for the medical workers fighting in the front line, and helped win the epidemic prevention and control battle comprehensively.

In January 2022, when the epidemic broke out in Xi’an, Mr. Liu Xin Yi, CEO of FHI Group (1034.HK), a subsidiary of Ma’s, contributed RMB 280,000 to raise 500 sets of disinfection sprayers for loading and successfully delivered them to Xi’an after traveling 1,768 kilometers, contributing to the fight against the epidemic in Xi’an. In addition, Fuhui International also donated an additional $565,000 in cash and purchased three ambulances to support the epidemic prevention work in Xi’an. 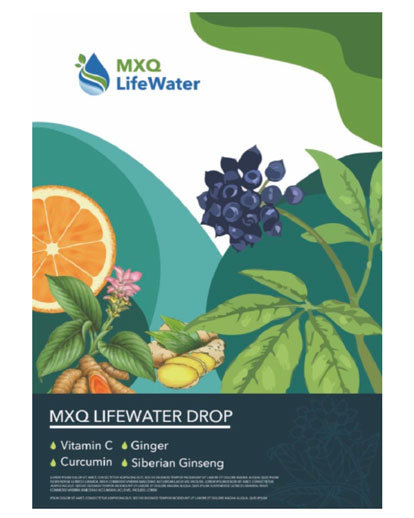 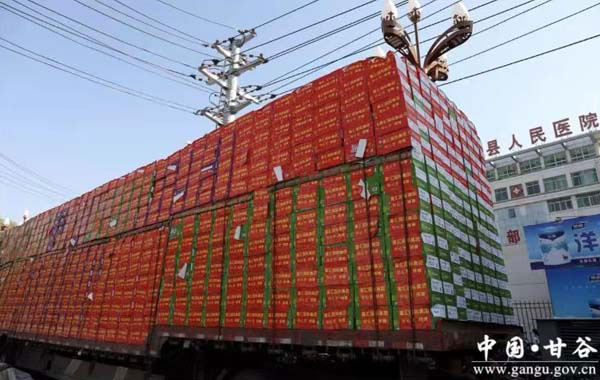 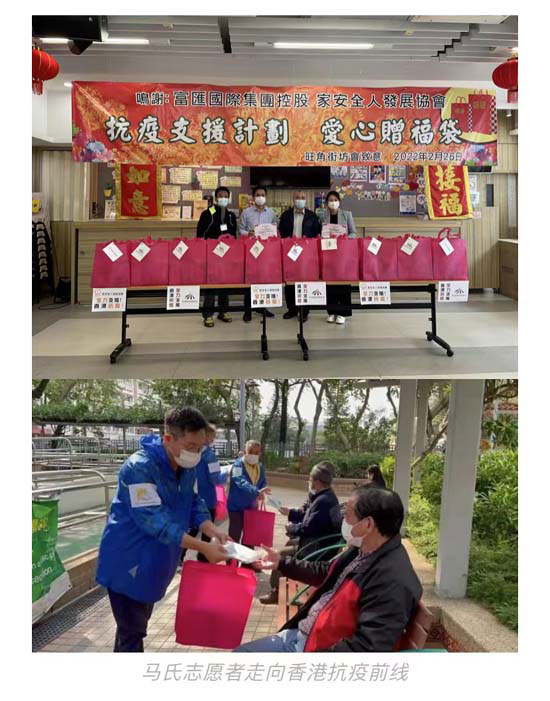 Since the fifth wave of the epidemic in Hong Kong, MAFHI launched the “Rapid Test and Emergency Supplies Donation Campaign”, donating a total of HK$2 million worth of supplies and preparing for the epidemic prevention and support operation. A team of volunteers was quickly formed to go to the front line of the epidemic, running around in the communities and streets of Hong Kong, delivering epidemic supplies to Hong Kong people in need

In March, Ma’s Tiancheng Mingdao Medical Technology teamed up with a number of folk herbalists to carry out a charity donation campaign in Shenzhen’s Greater Bay Area, giving out free herbal packs for the public to make herbal tea to boost their immunity and actively fight the new strain. The donation campaign received an overwhelming response as soon as it was released, with citizens registering through social networking platforms and the organizers distributing them by courier or self-pickup. In less than 48 hours, nearly 1,000 people have registered for the campaign, far exceeding the company’s estimate. 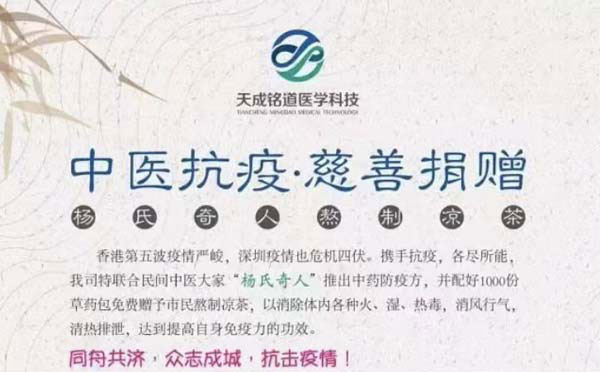 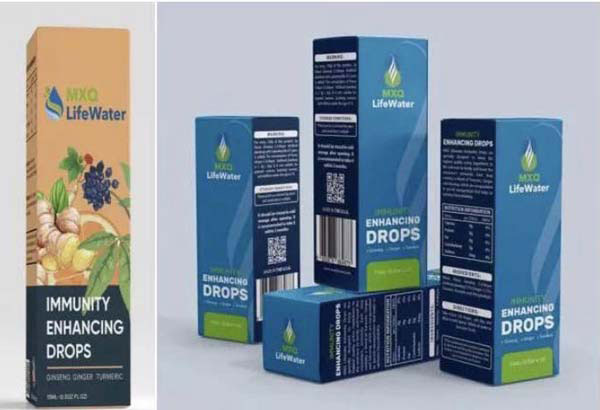 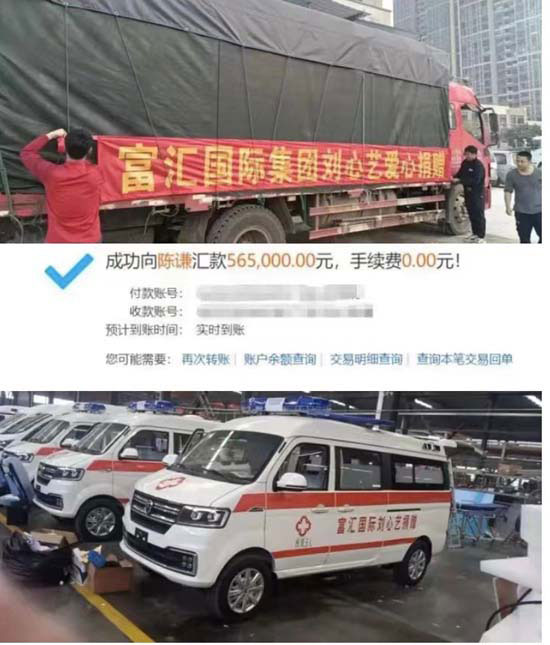 In fact, Ma Xiaoqiu has been committed to charity for many years. She has initiated the “Wutong Tree Project”, a public welfare project targeting poor college students, helping many poor students from poor families to successfully complete their college education and become useful talents in society. From 2017 to 2021, the Angel Charity Foundation of Guangdong Province, which she founded, has built more than 40 Hope Homes in Huizhou, Heyuan, Meizhou, Shaoguan and other rural mountainous areas, and has implemented a number of charity programs such as “Children’s Heart Against Epidemic” and “Warm Winter Action” to care for rural We have implemented many public welfare actions to care for children and youth left behind in rural areas, serving thousands of children and youth left behind in mountainous areas to grow up healthily and happily. 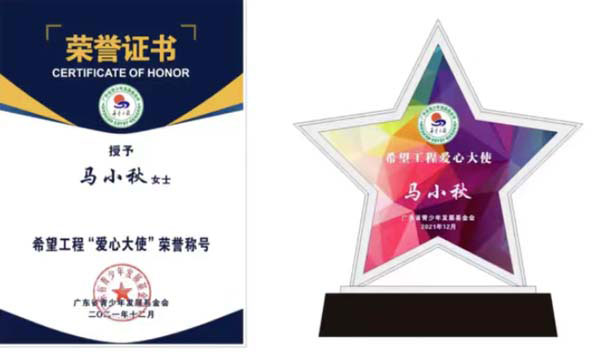 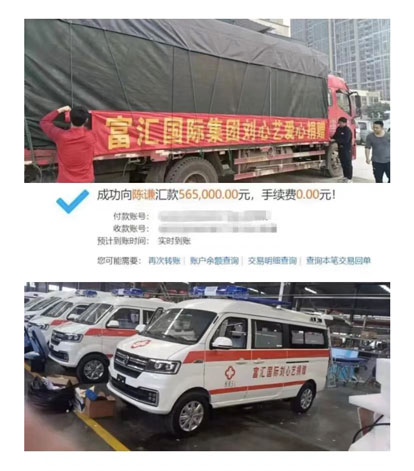 Among the many charitable themes, it is all about protecting life! Ma Xiaoqiu understands this, and today Ma’s Group’s layout of Chinese medicine technology is a part of its big health industry. To this end, Ma’s gathered the world’s top resources, and the United States famous health care company, the establishment of a Chinese company, will launch the “Department of Chinese medicine”; the creation of the Macau Chinese Medicine Group, pioneering modern Chinese medicine, vice ministerial level “cultural central enterprises”, assets of hundreds of millions of Hong Kong dollars Hong Kong Bauhinia Health Culture is involved. As you can imagine, the two companies will join forces to better serve the people and bring health.

Before the epidemic fades, the Ma’s Sheng clan will take the initiative to undertake, devote their support, to win the epidemic prevention and control of the war of blockage to go all out. Although the epidemic has blocked our steps, but please believe that there is a meeting in the landscape, the future can be expected!