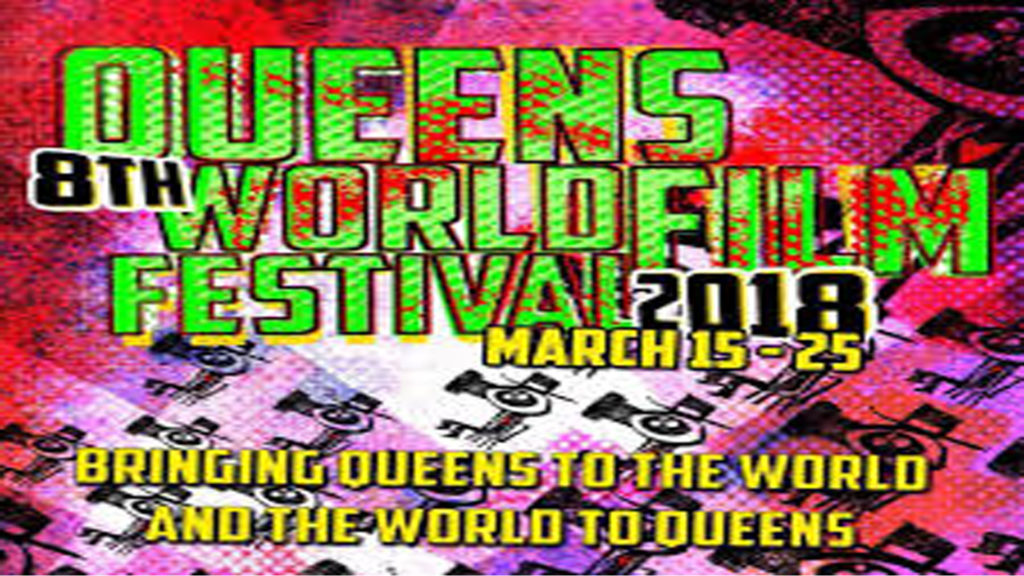 Not to be Missed 8th Annual Queens World Film Festival (QWFF) Announces 2018 Line up – “Spirit of Queens” Honorees, Venues + Sizzle Reel with Special Guests. 189 films to be screened over the course of this year’s Extended Festival.

Who- Queens native and this year’s “Spirit of Queens” Award winner Jan Oxenberg, along with Sandra Schulberg and the Festival Directors will be in attendance joined by over 50 filmmakers from this year’s festival, Investors Bank, NY Community Bank, Jacob Riis Settlement House and Central Queens NY.

This year the Festival has an extended schedule to run for two weeks March 15-25, 2018. Don Cato ‎states that “This year’s submissions increased by 43% and QWFF programmers screened hundreds and hundreds of films from 48 nations. This year we have 189 incredible films from 36 nations with 19 world premieres including CRUISE, by Robert D. Siege (American screenwriter: The Onion Movie and The Wrestler, as well as the writer and director of Big Fan) There are films from all 5 boroughs and a ground breaking 65 films by women, 14 LGBTQ themed films, 14 films by Asian filmmakers including the award winning Queens filmmaker and QWFF alumni Patrick Chen who is returning with his short Confucius Plaza.“

Each year, the Queens World Film Festival pays tribute to an outstanding filmmaker for his or her body of work. This year’s “Spirit of Queens” Award goes to Jan Oxenberg and the festival will screen her genre-busting Thank You and Good Night. Oxenberg is a Queens native and grew up in Bell Park Gardens in Bayside, where the neighbors included Richard Dreyfuss and Estelle Getty! On March 21, QWFF will give another 2018 “Spirit of Queens” Award to Artist, Activist, Filmmaker Vincent Gagliostro, not only for his insightful and riveting After Louie, starring the stunning Alan Cummings, but for the actions he has continuously taken on behalf of so many in the artistic community.

Tickets are now on sale for all films at the Zukor Theatre via queensworldfilmfestival.com. Films screening at MoMI should be live Feb. 14.

The Opening Night event for the Eighth Annual Queens World Film Festival will be presented by Investors Bank and will be held on Thursday, March 15, 2018, beginning at 7 p.m. at the Museum of the Moving Image, located at 36-01 35th Avenue in Astoria, Queens. The evening’s program will feature a block of stirring six, short films grouped under the title of “Emotional Punch.” The films are Atomic Mother, directed by L.E. Salas; You Deserve Everything, directed by Goran Stolevski; Bricklayer’s Poet, directed by Gino Cafarelli; Backstory, directed by Joschka Laukeniks; (Out) Caste, directed by Shilpi Shikha Agrawal; and Our Wonderful Nature, the Common Chameleon, directed by Tomer Eshed.

On March 25, ‘Best of’ Awards’ will be given in each category including Best Feature, Best Director, etc. with Honorable Mention awards in many categories along with two special awards from our new partners, The KODAK AWARD and The inktip AWARD.

Thought for the Day…
Next Post: Li Qiang, a famous Chinese painter who styled himself as “Changchun”, “Yinbin Bi Ke” and “People of Henan Luoyang”.