You are here: Home / Peace / Peace & The Environment / One Love L’s Up Times Square Peace Rally 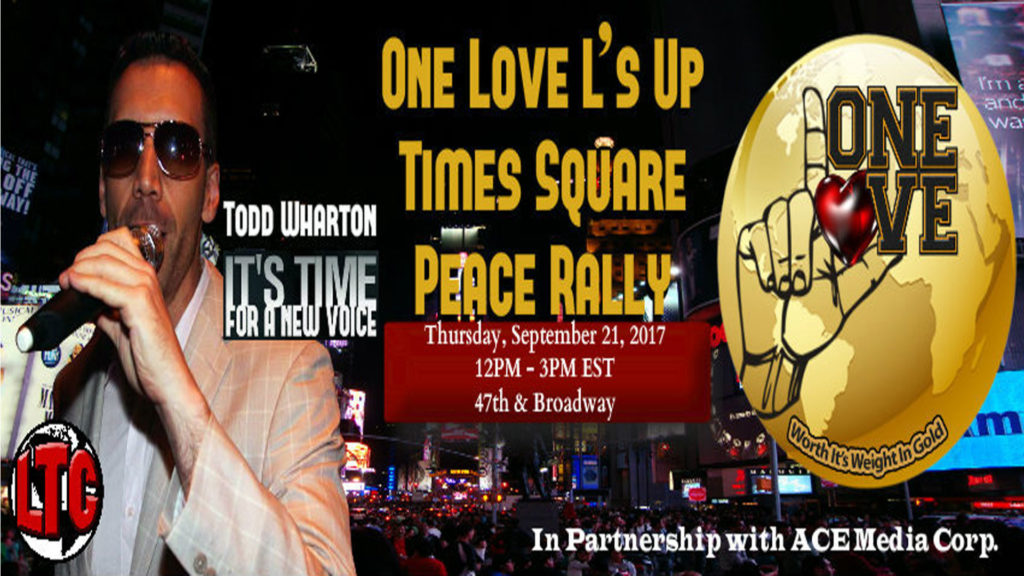 It’s a movement of peace for the world to recognize that at the end of the day, we are all special, we are all important. Martin Luther King Jr. had a dream, that dream woke up the world, now the world needs to open up it’s eyes. We need to be proud to stand alone, be strong enough to stand apart, but be smart enough to stand together and that time is RIGHT NOW!.

Social media is aiding to every issue that this world is experiencing from racism, to terrorism, sexual discrimination, etc… It’s time that we have a symbol, a positive movement that brings together everyone, a voice that stands for one cause, a symbol that represents one world, we need One Love. “One Love L’s Up”

The ideal concept of this movement/rally, would be to create the ultimate concert series (That will start in NYC), which will tour around the world promoting One Love with a symbol “L’s Up” (A movement with a Voice). The concert will be an all day and night festival that will generate revenue and positivity to each city that the concert is established in. There would be a 2nd stage, that would allow up and coming artists of all genres (Through a tryout and voting process) the opportunity to perform on a platform for the world. The main stage will be for celebrity performers chosen by the One Love L’s Up committee.

Part of the net proceeds of the concert will be donated to charities and nonprofit organizations in each city that the concert will be held in. to aid in all areas that this world is in need of, making One Love L’s Up THE ULTIMATE MOVEMENT FOR THE WORLD!!

– Kenneth Shelton Jr.: Political Activist/Importance of Being Apart of The Voting Process 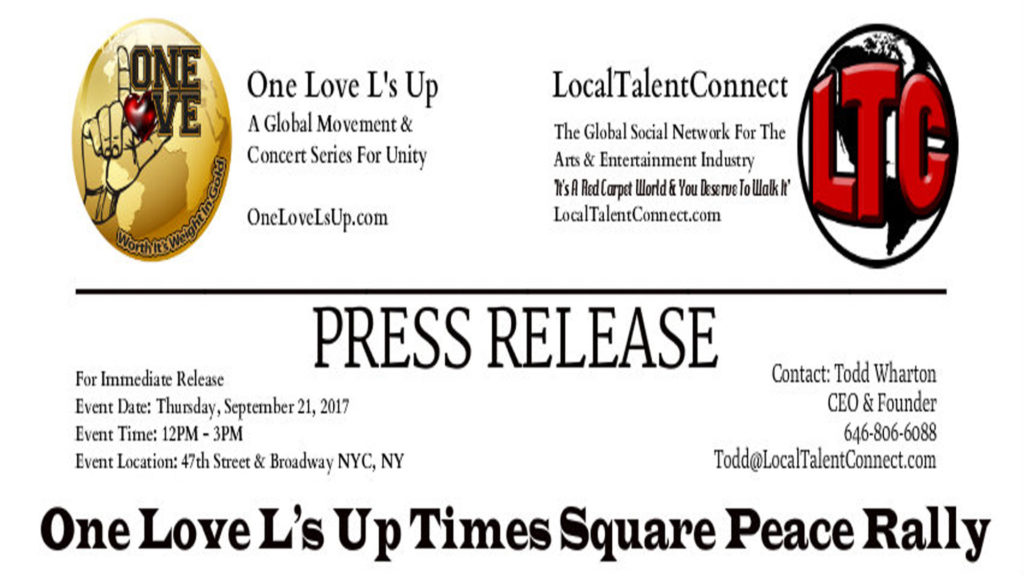