You are here: Home / All We Need Is Love / Children and Parents / What’s Your Toddler’s Nutrition IQ? 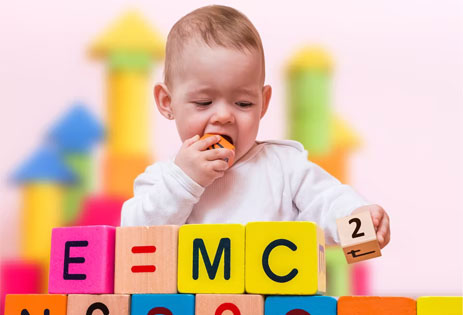 Actress Alison Sweeney is helping to educate moms about toddler nutrition. Sweeney, mother of two-year-old son Ben, is best known for her role on NBC’s daytime soap Days of Our Lives and is host of the fourth season of the network’s hit primetime series The Biggest Loser. According to a recent survey sponsored by Gerber Products Company, 50 percent of moms report serving vegetables to their toddlers only once a day or less while 43 percent of moms say they serve fruits to their toddler only once a day or less, far lower than the recommended 5 servings of fruits and vegetables per day as outlined by the USDA. While hectic lifestyles and packed schedules seem to be obstacles to proper nutrition, moms are interested in improving their knowledge of nutrition, which they say is the most influential factor in food choices.
For more information, visit www.gerber.com
More about Alison Sweeney:
One of daytime television’s most recognized actresses and a successful author, Ali Sweeney is now tackling the role of host for NBC’s hit reality series Biggest Loser. Sweeney joined the cast of NBC’s Days of our Lives at the age of 16 and has since garnered numerous awards for her performance, including The Soap Opera Digest Awards four times for the role of Favorite Villain and the award for Favorite Good Girl in 2001. Sweeney also won the award for America’s Favorite Villain at the 29th Annual Daytime Emmy Awards.
Sweeney’s television credits also include Las Vegas,Friends, and Fear Factor,Sweeney is also the author of All The Days of My Life (So Far), which was published in 2004 to critical acclaim. Sweeney currently resides in Los Angeles with her husband Dave, a California Highway Patrol Officer, and their two-year old son Ben.