Parents and Children, What is Peace?

You are here: Home / All We Need Is Love / Children and Parents / Parents and Children, What is Peace? 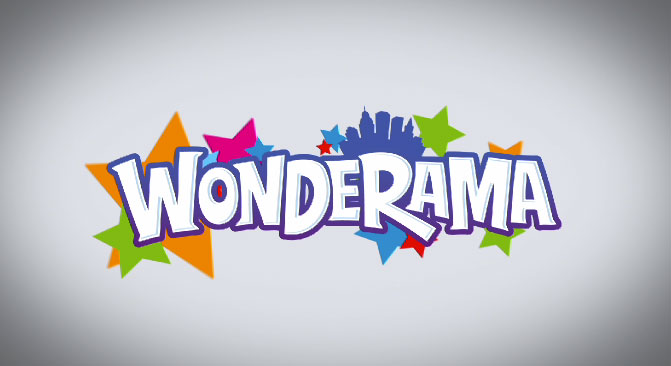 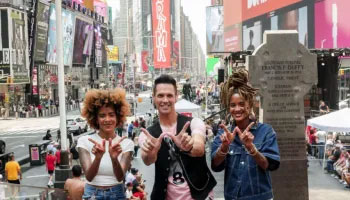 The U.S. Census Bureau and Wonderama U will launch the Kid’s Career Connection Experience officially at the ribbon cutting ceremony at 11 a.m. ET on July 25, giving access to education about places to work and career education resources to kids across the nation.

“We are proud to bring new educational content to viewers across the nation to help inspire kids to make a difference and have a positive impact on their communities,” shares Charles Armstrong, CEO and Executive Producer of Wonderama. “We have new acts, top talent, and support from those who can make a huge difference in the lives of children. Now more than ever, we need to think about bringing positivity back to family lives. The taping week for Wonderama, the kickoff of our Kid’s Career Connection Experience and the acts coming from our show are only the beginning.”

The Wonderama World Experience in Duffy Square is open to the public and will showcase how kids can be an active agent of positive change in their community – as they are given tools to enable them to make a difference. The exhibition will feature examples of kids from around the world making “constructive actions” in their hometowns, and opportunities to sign up for apps and information to keep them informed and inspired throughout the year.

“The U.S. Census Bureau is delighted to participate in today’s unveiling. We highly value the amazing partnership we had with Wonderama U during the last census in 2020 and look forward to strengthening these ties,” says Robert Santos, Director of the U.S. Census Bureau. “Being the data geeks we are, we have several tools, like our Census Business Builder and My Community Explorer, that kids and adults alike will enjoy and use to discover who we are as a nation, a community, and a people. We’re launching a new Kid’s Career Connection Experience! Kids across the nation can watch videos about what it’s like to be an intern in various industries to better inform their career paths. This will help inspire our youth to consider the great opportunities that await them, and in the process we as a nation can grow a diverse, talented workforce.”
“We could not be more thrilled to join Wonderama at the crossroads of the world in Times Square to bring amazing purpose-filled content from our partner network to help empower our children to be ready to take on some of the biggest challenges any generation has ever faced while encouraging their adoption of the UN SDGs,” said Michele Bongiovanni, Founder and CEO of HealRWorld and Founder of Music4ClimateJustice.
The new Wonderama is now in production of its seventh full season of original programming. Building upon the legacy of the iconic “Wonderama” kids variety show that aired on U.S. television for over four decades, Wonderama now creates original and “curated” content that seeks to entertain, educate and inspire kids and families. The show airs 52 weeks a year, currently broadcasting to over 90 million U.S. homes, is syndicated internationally, and is bastioned by a social media influencer network of over 80mm followers and subscribers.

“Wonderama is self-advocacy and self-determination in action through the vehicle of entertainment. The media brand’s core mission is to encourage kids to aspire to their dreams,” shares Armstrong. “As the legacy program coined– ‘we treat kids like people too,’ talking to them, with them, and never at them.” The goal with every program is to let kids know “to never lose your sense of wonder” and to inspire the belief in themselves to say, “hey – I can do that too!”

“Wonderama Live in Times Square” has expanded the reach of their television brand and the scope of their social impact by partnering with HealRWorld and their non-profit, Music4ClimateJustice, to affect real change in bringing the 17 United Nations Sustainable Development Goals (UNSDGs) to life for kids and families. Each interview and talent performance will be recorded live from the world’s most recognized destination at the crossroads of the world in NYC. Wonderama organically integrates partner’s educational messaging into the content of show for activations in-program, and hosts activations in New York’s Times Square throughout the year.

Wonderful concert last night at Bethel Woods with Santana and Earth Wind and Fire. I loved hearing Carlos Santana share his experience about the original Woodstock and all the great brilliant singer/songwriters of our time. Here’s a few clips. Enjoy!🎶🕊❤️
Next Post: CELEBRATING NATIONAL AVIATION WEEK WITH THE U.S. ARMY RESERVEHailing The Accomplishments and Contributions of Soldiers Serving in the Aviation Community