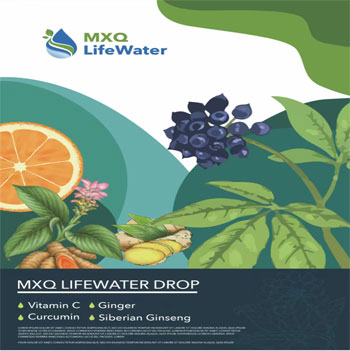 Listen to “Robert Davidson” on Spreaker.

Work Experience and Product Development:
Robert Davidson is Life Waters CEO and Member of the Board of Directors for Cure Pharmaceutical, Rob sits on the board of the Hemp Industries Association the oldest non profit organization representing Hemp as an agricultural crop. Prior to his role at CURE Pharmaceutical, Robert Davidson served as President and Chief Executive Officer of Innozen Inc., Chief Executive Officer of Gel Tech LLC, Chief Executive Officer of Bio Delivery Technologies Inc., and has served on multiple corporate boards. Davidson was responsible for the development of several drug delivery technologies and commercial brand extensions. He has worked with brands such as Chloraseptic™, Suppress™, as well as Pediastrip™, Solves™ a private label electrolyte oral thin film sold in major drug store chains.
Education:
Davidson received his B.S. degree in Biological Sciences. He has a Masters Certificate in Applied Project Management from Villanova University, Masters of Public Health from and a Masters in Health and Wellness from Liberty University, Virginia. He attended Post Graduate Studies and earned a Masters in Sustainability Leadership from The University of Cambridge, UK. Davidson is also a Certified Performance Enhancement Specialist and Fitness Nutrition Specialist through the National Academy of Sports Medicine. Rob spent several years working and volunteering in third world countries where he attended doctorate studies in Public Health, Concentrating on Tropical Diseases at Central University of Nicaragua. Itis there where he collaborated in a health education program to promote the prevention of Cholera in Haiti.
Consulting:
Has consulted for several fitness companies such as Malibu Pilates™, Power Pilates™ and Ab-Cycle™ as well as non profit Companies such as Operation Underground to fight sex trafficking.
Patents and Publications
Rob has seven patents on drug delivery systems as well as multiple patent spending. He has also been awarded a patent for the design of a proprietary exercise device. Rob also has seven scientific publications.

This should bring a lot of smiles
Next Post: The Bannerman Island Gallery Fine Art Holiday Exhibition