This should bring a lot of smiles

You are here: Home / Arts & Leisure / Comedy / This should bring a lot of smiles 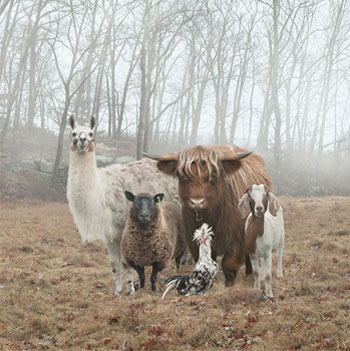 30 Animals That Look Like They’re About To Drop The Hottest Albums Of The Year
Giedrė Vaičiulaitytė
Funny animals, cute animals, fluffy animals – we’ve done it all. But never have we ever covered animals so serious like these guys. Now, The Grammys may have come and gone, but these beasts are already putting their game faces for new album covers to steal the awards next year. Hold on to your seat, Adele.

We don’t think it’s a coincidence. These funny animals knew they were posing for their hotly anticipated album artworks. They’ve got hits for days stored in their nests, and they’re just waiting for the right time to send them to radio and top all of the charts. As long as they haven’t signed any exclusive contracts with Tidal, that is…

Now, scroll down for the hottest and the funniest animal pictures worthy of the newest and trendiest album cover artworks. And if your furry friend is also plotting a #fire new release this year, plug the funny pictures into our list below.
https://www.boredpanda.com/animals-about-to-drop-album-photos/?utm_source=google&utm_medium=organic&utm_campaign=organic