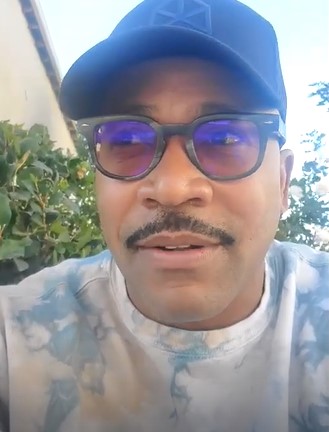 “Raw and real, funny and self-deprecating. I thought I knew him before, but I know him soooo much better now. After this, he should change his name to Columbus TALL! I Love You, Man.”
―DL Hughley

The life of actor/choreographer/musician Columbus Short has been punctuated with traumas that extend well beyond the plot lines of his previous role on the hit series Scandal. Short has lived many lives packed into one-from a family filled with turmoil to tumultuous love affairs and enough scandals of his own. But somewhere in the middle, Short’s realization that there has to be a better way comes into full view. “Short Stories” not only details Columbus Short’s journey from childhood to Hollywood, it shows how even the most checkered of pasts can create a different person with the right amount of will and drive, especially when it comes to fulfilling your true destiny.

Columbus Short is a character, he has the depth and breadth required to comfortably take your audience into his world, and make them a part of it. Getting this intimate view into his personal story is gripping and seductive. In an interview Columbus short will talk about:
• The battles with the mounting level of fame and responsibility that he felt ill-equipped to deal with early in his rise to fame.
• His acting career on the hit show ‘Scandal’ and how that plays into his real life.
• His time that he spent in LA’s County jail and the realizations he came to acknowledge there.
• What it was like while he was doing choreography with Britney Spears
• How his life has changed and how his career has evolved as a result.
• What kind of drive it took to get back to the spotlight.
• The lessons that have shaped and challenged him to constantly raise the quality bar on his work.
• How his relationships with his co-stars and crew chiefs changed once he accepting his position in the world of Hollywood.
• and much more…

So bring your audience along for the ride of their life as you delve into the man behind the incredible businessman, actor, dancer, and rapper whose life has been a rollercoaster ride of hard knocks, huge personal lessons, and triumphs. He is certain to bring incredible value to your show and have your audience absolutely buzzing.

“Columbus Short’s biography is a reflective and compelling story of a man consumed with fame quicker than an ego could process. Like myself, his story of resilience and redemption is inspiring to anyone that has hit rock-bottom or been misunderstood but has the will and desire to become a better person. I have come to know Columbus well over the past couple of years and seeing him as a father, husband, and businessman is inspiring to watch.
All his experiences―good and bad―have led him to finding the best version of himself. His best is yet to come.”
―Mike Tyson
“Raw and real, funny and self-deprecating. I thought I knew him before, but I know him soooo much better now. After this, he should change his name to Columbus TALL! I Love You, Man.”
―DL Hughley
“Watching Columbus’ evolution through defining moments has been inspiring. Watching him embrace all sides of the art
―from acting to music to now writing―is something that is pushing me to be better, and I’m proud of him.”
―Damon Dash

About the Author
Columbus Short, a film and television actor, producer and singer/songwriter is best known for his role in ABC’s Scandal (Kerry Washington, Tony Goldwyn), Stomp the Yard (Chris Brown, Ne-Yo, Meagan Good), Cadillac Records (Adrien Brody, Jeffrey Wright, Beyonce), Armored (Matt Dillon, Jean Reno, Laurence Fishburne), and The Losers (Jeffrey Dean Morgan, Zoe Saldana, Chris Evans, Idris Elba). Short choreographed and creative directed Britney Spears’s Onyx Hotel Tour at the age of 20. His acting debut came as a dancer in You Got Served. He then embarked on a career in television, appearing twice in the Disney Channel Original Series, That’s So Raven, as well as ER and Judging Amy. In 2005, Short founded a film and television production company, Great Picture Show Productions, developed from his passion for writing and producing. The company executive-produced Stomp the Yard 2: Homecoming, Strange Fruit and TVOne Original Movie Mr. Right. In 2008, Short won Best Ensemble for Cadillac Records at the Black Reel Awards and was nominated for Best Breakthrough Performance. In 2009, he won the Image Award for Outstanding Supporting Actor in a Motion Picture for Cadillac Records. Short starred in and produced the film True To The Game, based on New York Times Best Selling Author Teri Woods’ urban classic novel of the same name. The film is also co-produced by famed Casting Director, Leah Daniels-Butler (FOX’s Empire, Precious, The Paperboy) and will star Vivica Fox, and Nelsan Ellis.

COVID-Conscious Red Carpet & Screening for I-View World
Next Post: HOME FOR THE HOLIDAYS: WHAT PARENTS OF COLLEGE STUDENTS NEED TO KNOW