The Shaman of the Sea – Reid Stowe, the World’s Greatest Long Distance Sailor. Are you a sailor, let us know?

You are here: Home / Good News To Go / The Shaman of the Sea – Reid Stowe, the World’s Greatest Long Distance Sailor. Are you a sailor, let us know? 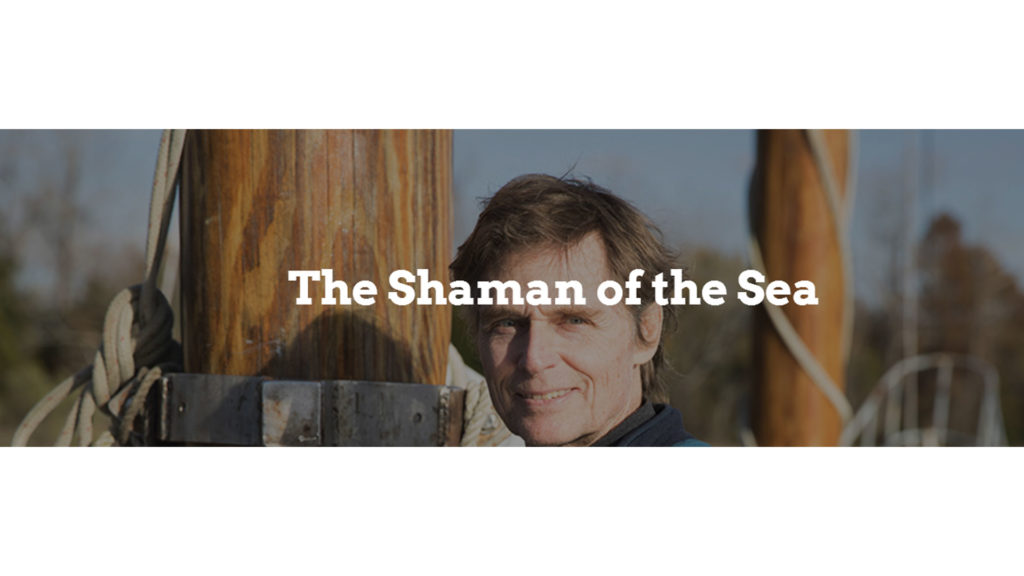 For Reid Stowe — artist, adventurer, history-making sailor — the world’s oceans are his home and source of his inspiration
www.reidstowepaintings.com
www.reidstoweart.com
By John Wolfe • Photographs by Andrew Sherman

Mystical visions carry him across the sea.

On the open ocean, the view is the same in every direction: The white-hot sun beams its light through the cobalt sky, cascading through dynamic clouds to meet the shimmering horizon at the far edge of the heaving lapis lazuli water. Out there, where the sublime simplicity and scale of the ocean erase everything else, ideas and visions take on new weight. Thoughts become all you have. In a state of ecstatic bliss, working with devoted hands and love in his heart, Reid Stowe carves conjured images into wood on the open water, alone with his thoughts.

Stowe is an artist, an adventurer and a world-record-holding endurance sailor whose epic 1,152-day nonstop voyage around the globe made history when he completed it in 2010. His sailing, and his art — the two have always been intertwined — began long before that odyssey, however; as a young man he voyaged on small boats across vast oceans, painting, carving and sculpting along the way. His first sculptures were figureheads for his boats, carved, he said, “because I needed the gods to take care of me.” His courses took him through the South Pacific and up the Amazon River — he admits that he “spent the better part of (his) life in the wild.” While still in his early 20s, he touched four continents on a little wooden catamaran he built at his family beach house in Ocean Isle Beach.

for more info, go to http://www.saltmagazinenc.com/the-shaman-of-the-sea/

New York Wines
Next Post: How To Know If Your Relationship Is Doomed by Katie & Gay Hendricks. Submitted by Gina Green