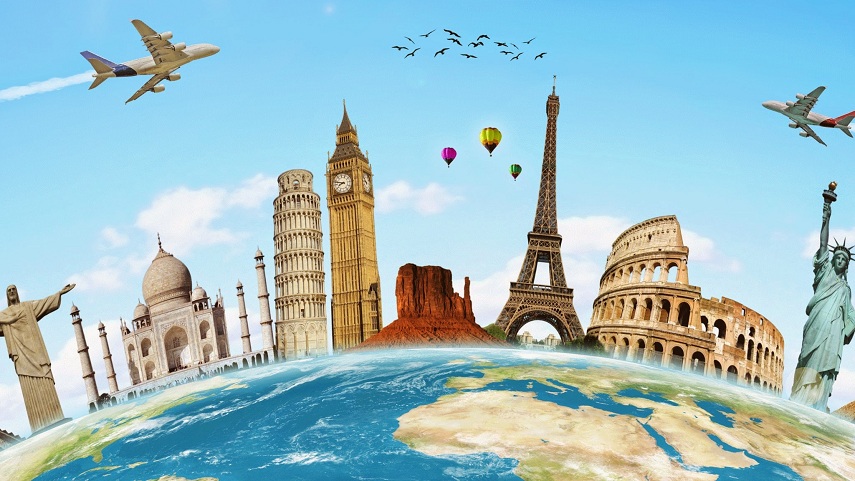 Wherever you’re heading, if you’re traveling during the holiday season, you need to realize that everyone else in the world is, too. But don’t let invasive security scanners, terrible drivers and long lines at the airports get you down. We’re giving you tips to survive the holiday travel season without a Frosty the Snowman-size meltdown.
Stephanie Oswald, national travel expert and editor-in-chief of TravelGirl Magazine, is available for live interviews to sort through the best deals and the most satisfying pre-holiday experiences. She will discuss everything from best time for an escape, how to get the best deals, what items should be on your travel checklist, how to choose the best accommodations, ways to circumvent the latest challenges in Fall travel and the latest travel trends.

1: Do your research.
Plan alternative trips if traffic makes your way home too overwhelming. Is there a scenic drive that might be longer but have less traffic? Break up a long drive by finding a few places to stop that will get the kids more excited than a truck rest stop. When flying, make sure you check the airline’s restrictions ahead of time on carry-on luggage and fees for checked bags.
2: Stay connected.
Stock up on the latest travel apps before you leave home.
3: Pack light.
Avoid checking bags altogether if you can. You won’t have to wait for your luggage on the conveyor belt, and you won’t have to worry about your mom’s Christmas present getting lost in the Airport. If you do check luggage, make sure you have all your medications, important documents and a change of clothes in your carry-on just in case your luggage gets lost.
4: Pack earplugs.
Short of doing yoga in the airport, the best way to mentally escape your stressful surroundings is to turn the volume down. And the easiest way to do that is with earplugs. Crying baby next seat over on the plane? Earplugs. Sister’s music in the car driving you mad? Earplugs. And if you really want to check out for a bit? Bring an eye mask (as long as you aren’t driving).
5: Don’t get hangry.
When your tummy growls, your mind can’t think straight, and you could unknowingly get in the wrong line, take the wrong turn, or worse, upset an innocent flight attendant. Pack snacks and drinks, so you and your family will be fueled up for a road trip. If you’re flying, definitely get some grub before you board the plane, so you won’t have to rely on airline food if you’re sitting on the tarmac for hours.
6: Ship gifts or give gift cards.
TSA suggests to ship wrapped gifts or wait until you reach your destination to wrap them, as they might have to unwrap a present to inspect it. Ship gifts ahead of time or bring the gift that can’t go wrong: gift cards to their favorite store or an Amazon card.
7: Travel on off-peak days.
The Wednesday before Thanksgiving is the biggest travel day of the year and can also cause you the biggest meltdown of the year. A better option is to leave early on Thanksgiving Day and avoid the record traffic the night before. Same goes with flying: If you fly on the actual holiday itself you’ll be avoiding the long lines and hoards of travelers.
8: Travel early or late in the day.
Flight statistics show that planes traveling earlier in the day have a better on-time performance. And if your flight is cancelled, you will have the option of taking a flight later in the day. Also, there will be fewer lines at security. Best time to hit the road? When every one else is asleep — early morning or late at night. You can always take a nap when you arrive at your destination or on the ride there (if you aren’t the driver, of course).
9: Plan for the unexpected.
Have only a half hour before connecting to another flight? Traveling to Rochester, N.Y., during snow season? Think ahead and plan accordingly. Leave extra time before flights to deal with security, extra time between connections and, for road trips, pack tire chains for snowy conditions, flashlights, and of course, a few bandages never hurt either.
10: Inhale. Exhale.
The overly friendly person next to you on the plane, the cancelled flights, the luggage that fell off in the middle of the highway? All of it will make for great stories over dinner when you finally make it to your destination. After all, holiday travel stress is just as much of a tradition as pumpkin pie and regifting.

MORE ABOUT STEPHANIE OSWALD:
As the Editor-in-Chief of travelgirl magazine, a Web Correspondent for The Weather Channel, and seasoned travel correspondent for CNN, she has reported on everything from stress-relieving spa treatments and unique escapes around the world to the human side of a hurricane. She is the co-founder of travelgirl — the first national travel magazine to launch after the events of 9/11. The travel and lifestyle publication was chosen by industry leader Mr. Magazine as one of the “most notable” launches of 2003. Oswald is a native New Yorker who spent 13 years globetrotting as CNN’s travel correspondent and host of the weekend program, CNN Travel Now. In 2003, she also launched a groundbreaking series called The Weather Channel Road Crew that showcased the “fun” side of weather. In 2004, she filed written and audio reports during Hurricanes Ivan and Jeanne as the very first Web Correspondent for Weather.com. As anchor and correspondent for CNN Travel Now, a weekly program on worldwide destinations, travel trends and cuisine, Oswald specialized in adventure travel, filing reports from Europe, South America, Asia and the Caribbean. One series took her into the depths of Papua New Guinea for a rare and eye-opening look at the Huli Wigmen. Her reports also appeared on CNN Headline News, CNN in-flight programming for Delta Air Lines, CNN International and the CNN Airport Network. Immediately after 9/11, she filed human interest stories on the crisis for CNN, and covered the impact on the travel industry during live studio reports on CNN Headline News. Currently David is the host of Outside Film Festival: Mountainfilm and a correspondent on The Buzz, both of which air on Outside Television. He is also the Bermuda Resident Editor of Voyage.TV. Originally from New York City, David has also lived in Bayswater, London; Lund, Sweden; St. Croix, U.S. Virgin Islands and is currently based in Bermuda where the adventurous outdoorsman enjoys sailing, spearfishing and snorkeling near his home in Southampton.