You are here: Home / Archives for b 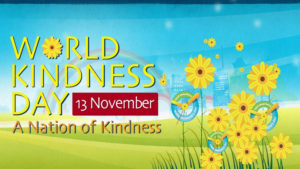 B kind, www.bekind.today is all about encouraging acts of kindness in our everyday lives. We believe that even the smallest acts of kindness are worth recognizing, worth celebrating, and worth building a community around. Being kind can change someone's life. It can also change the world. https://www.facebook.com/bkindwpm MEET THIS YEAR'S B KIND SCHOLARSHIP AWARD WINNERS! JOIN US IN CONGRATULATING ISHIKA SAXENA - SEWICKLEY ACADEMY DEVIN GITTEN - NORWALK GRASSROOTS TENNIS AND EDUCATION GEORGE KINGSTON - HOTCHKISS SCHOOL HUNTER LIBMAN - ST. LUKE'S SCHOOL Go to our BLOG page to find out more about these outstanding and kind students. Thank you to all who participated in this year's B kind Clubs and Scholarship Awards! … END_OF_DOCUMENT_TOKEN_TO_BE_REPLACED 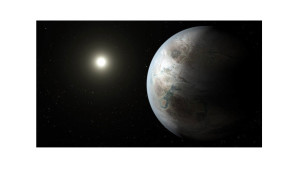 An artist's concept of Kepler 452b orbiting its star, 1,400 light-years from Earth. The planet's size puts it right on the edge between being rocky like Earth and a gas ball like Neptune. CreditT. Pyle/Jet Propulsion Laboratory/NASA Inching ahead on their quest for what they call Earth 2.0, astronomers from NASA’s Kepler planet-hunting spacecraft announced on Thursday that they had found what might be one of the closest analogues to our own world yet. It is a planet a little more than one and a half times as big in radius asEarth. Known as Kepler 452b, it circles a sunlike star in an orbit that takes 385 days, just slightly longer than our own year, putting it firmly in the “Goldilocks” habitable zone where the temperatures are lukewarm and suitable for liquid water on the surface — … END_OF_DOCUMENT_TOKEN_TO_BE_REPLACED 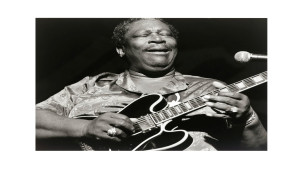 B.B. King playing his guitar in 1992. The photo is on display at the National Portrait Gallery. (Photograph by Chuck Stewart via National Portrait Gallery) Early Friday morning, when Ann Shumard’s radio delivered the news that B.B. King had died the night before, the senior curator of photographs at the Smithsonian’s National Portrait Gallery swung into action. “I dropped everything, got on the computer and said, ‘Can we get an in memoriam label up?'” she recalls. Call it breaking-news museum curation. Messages were already pinging between curators, graphic designers and other museum staff: Do we have a portrait of the late great bluesman? Can we acknowledge his passing? Shumard of course knew that a fine black-and-white photographic portrait already was on display in a … END_OF_DOCUMENT_TOKEN_TO_BE_REPLACED

to Bring Healthy Smiles to Youth at Harlem Children’s Zone Oral-B has teamed up with Dr. Jonathan B. Levine, nationally recognized NYC based oral health expert and regular contributor on “The Dr. Oz Show,” to help Americans improve their oral health. Through a charitable partnership, Oral-B and Dr. Levine’s GLO Good Foundation are educating Americans on the importance of having good oral health. They visited and will be visiting select areas throughout the country, starting right here in Harlem on January 24th. Dr. Levine joined more than 300 kids (ages K-12) at the Harlem Children’s Zone to host a special themed event, “Brush Up Smile Zone!” The event included a variety of fun and educational activities that spread the message about the importance of good oral health –as it … END_OF_DOCUMENT_TOKEN_TO_BE_REPLACED

DIVERSITY AFFLUENCE 3RD ANNUAL BRUNCH AND AWARDS SET FOR AUGUST 19 IN THE HAMPTONS TO CELEBRATE SUCCESS AND DIVERSITY IN AMERICA OVERVIEW More than 100 leaders in the philanthropic,business and entertainment industries will gather for the 3rd annual Diversity Affluence Brunch, an exclusive, invitation-only event celebrating individuals who have achieved success as a minority or who have advanced the diversity agenda in America. The private brunch and awards ceremony will take place August 19 at B. Smith's on Long Wharf Street in Sag Harbor. "The Diversity Affluence Brunch is about honoring individuals who are driven and determined to empower others and are relentless in their pursuits," says Andrea Hoffman, founder and chief executive officer of Diversity Affluence. "Our honorees wake … END_OF_DOCUMENT_TOKEN_TO_BE_REPLACED

In 2020 we will take our event to 193 countries and other locations to create the largest world gathering & broadcast to share Peace, … END_OF_DOCUMENT_TOKEN_TO_BE_REPLACED