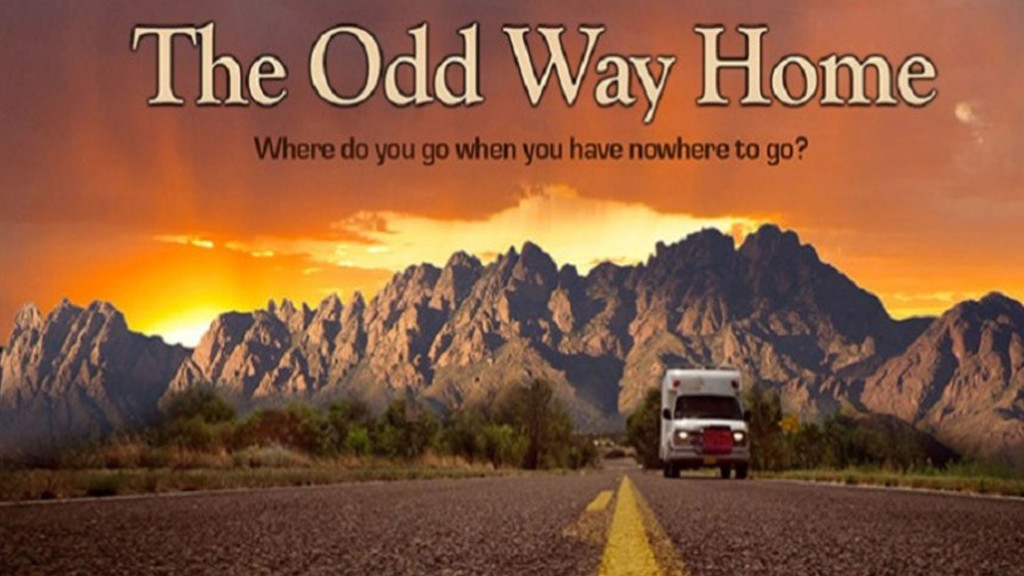 “ THE ODD WAY HOME” starring Rumer Willis, Chris Marquette and Veronica Cartwright begins with the gritty reality of abuse but launches into an adventurous journey filled with unexpected surprises and hard realities that redefine the notion of love, peace and forgiveness. The two main characters see in each other what no one else has ever seen before and accept each other completely. Special video interview will be on Good News shortly. 7-14-14

My name is Karen Simmons and I am the founder and CEO of Autism Today. I want to introduce you to a film that I affected me very deeply. I have a son who was diagnosed with autism at the age of two. The worry I had for him and how he would ultimately grow up was constantly with me. But I learned from and watched others and I studied their stories. I wish this film had been around when he was young because I believe this film will help the world embrace autism in a unique and unprecedented fashion.

Parents really DO leave their kids sometimes, women DO get
raped by fathers and people with very different but surprisingly
compatible ways of living DO forge mutually beneficial
relationships along the way, enjoying the harmony and
discord of being human. No one needs fixing or sugar-coating
and the “A” word (autism) is never mentioned, yet it is understood.

The story line of “The Odd Way Home” starring Rumer Willis, Chris Marquette and Veronica Cartwright begins with the gritty reality of abuse but launches into an adventurous journey filled with unexpected surprises and hard realities that redefine the notion of love, peace and forgiveness. The two main characters see in each other what no one else has ever seen before and accept each other completely.

The journey with my son brought me face to face with many of the films’ themes:

The role of Maya, played by Rumer Willis, is a product of childhood abuse who escapes her shattered life in Los Angeles and meets Duncan, played by Chris Marquette, is a hermit from a tiny town who also has autism though his label is not the theme of the movie. He is simply loved for who he is and the two of them resiliently and carefully work out their relationship moving through many challenges. Duncan is sensitive to his environment, as many on the spectrum tend to be. With the incidence of autism 1 in 50 now according to the CDC’s latest stats, these children are like canaries in the coal mine, indicators of what is becoming of our world and the environment we live in. We are all affected in many ways by the foods we eat, the chemicals we ingest, the air we breathe and the medications and chemicals we come into contact with. The reactions can have a much more severe effect on those with autism.

In the movie it is noted how well Duncan has been taught through the most important interventions to date which is early intervention when they are children such as occupational therapy, physical therapy, sensory integration therapy and even biomedical and dietary interventions. The window of time for these to be implemented is from 2-5 or earlier to make the biggest impact.
In our world, the choice of peace instead of anger, love instead of fear and harmony rather than discord begins in the home. As human beings, we all are confronted by different emotions every day. Its how we choose to deal with them that makes all the difference in the world.

In order to make the world a more peaceful place for everyone, people must learn to embrace their demons and know that choosing peace over anger and resentment right from the center of their being is what will eventually spread out to all of humankind and change the world. By making the inner choice to move through the drama of life, we can model love, acceptance and understanding thereby making the world a more peaceful place to co-exist one person at a time.

The Odd Way Home isn’t a typical movie, but then nothing about autism is typical either. The film’s producer and director make it clear that while some of the scenes are hard to watch, in the end, they remind us of how much we need each other and why every meeting can be important. Everything we do to and for each other can have a lasting impact, and we should never be afraid to take “the odd way”.

My journey with my son goes on and I now share with world my thoughts and ideas for a brilliant future with our children. I know you will enjoy this movie as much as I did.

You can order The Odd Way Home here.
http://www.autismtoday.com/owh/

Good News Family has a great day on the LazyBones charter boat on Montauk New York
Next Post: ARTISTS BEN MOON AND WILLIAM QUIGLEY RAISE AWARENESS THROUGH ART FOR THE SOLDIER RIDE