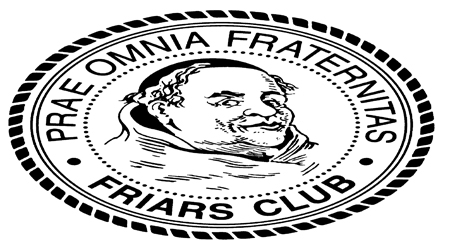 The Friars Club announced today it will present its highest honor, The Entertainment Icon Award, to one of the world’s most beloved stars…Tom Cruise. The prestigious award – which has only been given 3 times in the club’s 108 year history – will be bestowed upon Cruise by The Friars Foundation, the charitable arm of the legendary Friars, founded in 1904.

The award will be presented to Cruise at the annual Friars Foundation Gala on June 12th at the Waldorf Astoria Hotel. He will be joined by many of his acting colleagues and celebrity friends. Unlike a Friars Club “Roast”, the Icon Award is an opportunity for the club to pay tribute to someone who has changed the face of the entertainment industry.

Says Friars Club Abbot Jerry Lewis: “Tom Cruise will join an elite group of only 3 other entertainment legends who have received our Icon Award, and whose work has made a global impact on our industry and changed the very face of cinema.”

The Chairman of the Friars Foundation, Ambassador Joseph Zappala says: “This will be an incredible night that will live forever in our club’s history. We are so proud to be presenting this unique honor to Tom Cruise whose humanitarian endeavors mirror his accomplishments in cinema and the arts.”

The Friars Foundation is the charitable arm of the Friars Club. The mission of the Foundation is to help small performing arts groups create innovative and affordable programs that will educate, entertain and enrich the lives of diverse audiences and participants. Additionally, the Foundation helps prepare the next generation of performers and musical artists through scholarship programs for students studying the performing arts. The Foundation also supports wounded warriors with its Gift of Laughter Program, which provides entertainment to troops injured in Iraq and Afghanistan.